Born in West Germany to a Norwegian mother and a Texan father, Clark split much of his childhood between England and the United States, and has lived in five states and five countries, including Ukraine, where he served a Fulbright Fellowship, and Russia.

Clark has taught writing at UC Davis, USC, Reed College, and Kharkov National University, the second-oldest university in Ukraine. He holds an M.A. in English with a Concentration in Creative Writing from the University of California, Davis and a Ph.D. in Literature and Creative Writing from the University of Southern California. A former print and radio journalist and one-time member of USC Film School’s filmic writing division, he currently lives in St. Paul, Minnesota and teaches at Augsburg University, where he also directs the MFA Program.

Clark’s short stories have been: published in numerous magazines, including Ninth Letter, Cincinnati Review, Witness, and LA Weekly; twice nominated for a Pushcart Prize; short-listed for the Fish Publishing Historical Fiction Prize; and given special mention in Drunken Boat’s inaugural Pan Literary Awards contest, among other honors. His novella, The Castrato of St. Petersburg, was named a finalist in the Ruth Anne Wiley Novella Contest, judged by Josip Novakovich, and later published by Salt Hill.

Clark’s essays have appeared in Swink, Ninth Letter, Salt Hill and elsewhere, and been recognized as notable works in Best of the Web 2009 and Best American Essays 2009 and 2010.

While living in Los Angeles, Clark had a professional manager for his screenwriting, which has been twice optioned. His screenplays have been honored in contests sponsored by Francis Ford Coppola’s American Zoetrope film studios, the Monterey County Film Commisssion, and USC Film School.

The author can be contacted at StephanClark [at] gmail.com.

Short bio: Stephan Eirik Clark is the author the novel Sweetness #9 and Vladimir’s Mustache, a short story collection. He teaches at Augsburg University, in Minneapolis. 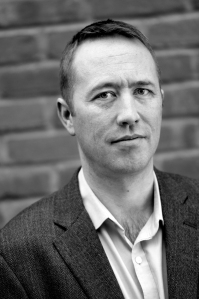